Conquering Favoritism: How to Deal When You're Not the Teacher's Pet 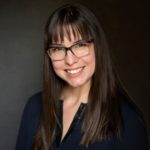 This article originally appeared in the December 2012/January 2013 issue of
Pointe.
The stakes couldn’t have been higher when Janessa Touchet joined Pacific Northwest Ballet School. It was her final year of training, and she’d moved 2,700 miles out of her comfort zone for an opportunity that, if all went well, could launch her career. But the experience soon turned sour. In a class full of outstanding talent, the teachers quickly found their favorites. Touchet wasn’t one of them. Unfamiliar with the nuances of Balanchine style, she received little encouragement, and the competitive environment overwhelmed her. “There were times when I would try to put myself in the front and other dancers would come stand right in front of me when the combination began,” she recalls. “I would just push myself to the back. I let it happen.” Many times, she wondered whether she should give up.

Favoritism has serious consequences. Especially in the final years of training, when every correction and bit of tailor-made advice is vital, being overlooked can mean being left behind. A teacher’s pet pupil gets more than an ego-boost. She gets the crucial support of a mentor. She gets the roles that challenge her technique and let her shine in performance. She gets the calls made on her behalf to company directors. It’s easy to resent the dancers who seem to use up all the praise. But instead of getting frustrated, be proactive and get the attention you need.

Who Becomes the Favorite?

Studios are naturally divided up between The Favorites and The Others. But teachers’ biases have less to do with students’ natural talent than you might think. “It’s a lot about simple things like students’ body language, their willingness to listen and to apply corrections,” says School of Richmond Ballet director Judy Jacob. Teachers want to be successful at their job just as badly as you want to become a great dancer. They gravitate toward the students who are most engaged: the ones who enthusiastically move to the front during center and join one of the first groups as the class moves across the floor.

Don’t hang back; show your eagerness to work and improve. Think about the impression you’re making from the instant you walk through the door. If there’s a dress code, follow it. Actively warm up before class instead of nonchalantly chatting with friends. Project a positive attitude. “Open your face and your eyes,” says Jacob. “Don’t fold your arms.”

Most importantly, make sure the teacher will feel that their time spent with you is worthwhile. “Teachers love it when they’re giving a correction to one student and can see that other students are paying attention and trying to apply that correction,” says Jacob. “That can really endear you to a teacher.”

Be Your Own Advocate

If you feel ignored, don’t just assume you’re not worthy of attention. “Most of the time the teacher just doesn’t even realize they’re overlooking someone, so talk to them about it,” says Marjorie Grundvig, co-director of the Pittsburgh Ballet Theatre School. Approach your teacher immediately after class to ask when it might be convenient for the two of you to sit down for a few minutes. Then explain how you’re feeling and what you’ve been doing to try to improve. If she’s been giving you a correction you don’t understand, say so. Ask what you can do to get more opportunities.

Also, Grundvig often finds that when an advanced student doesn’t appear engaged in the studio, she is struggling in some other aspect of her life. Be sure to speak up when you’re under stress, or else teachers may write off your distraction as a lack of dedication. When It’s Time to Go

It’s not necessary to be every teacher’s favorite in order to get meaningful direction. As long as you’re getting feedback, and you feel yourself improving, it’s okay to not be the best in your class. You also have to be realistic: There’s almost always going to be somebody more advanced than you—and if she has the talent to become the next Ashley Bouder, you can’t expect a teacher not to get excited about her.

Yet not every school is right for every student. Teachers’ preferences are as varied as their personalities. If you don’t feel your teacher is invested in you, and your attempts to improve the situation haven’t helped, you may consider seeking different training. Ballet is a subjective art, and your particular talents or style might be a better fit at another program.

For Touchet, who became a principal at Cincinnati Ballet, her time at PNBS was valuable despite her not feeling favored. Not only did it expose her to Balanchine technique, it helped her develop the competitive edge she needed to succeed once she became an apprentice at CB the next year. “Looking back, I learned that if I’m not getting attention, I can’t just stand in the back,” she says. “I need to fight for what I want.”

While it seems some students are destined to be loved by everyone, most will feel completely invisible to at least one teacher. It’s so common, in fact, that yes, even the guys go through it.

When Carlos Miguel Guerra was accepted to the Luis Casas Romero School of the Arts in Cuba at age 10, he was told he had barely made it. “A lot of the teachers didn’t believe in me,” he says. “They would tell my family that I should leave because I’d never be a ballet dancer, I didn’t have the right qualities.”

The lack of support was emotionally draining. After particularly rough classes, he would go home and spend hours watching videos of his idol, Jose Manuel Carreño. “It would inspire me and I’d forget what the teacher said,” says Guerra. “I would go in the next day and just try to work harder.”

Guerra ultimately proved his teachers wrong, becoming a principal at Miami City Ballet. In fact, Guerra credits much of his success to the fact that he wasn’t a favorite as a student. “It made me stronger,” he says. “In the end it feels really good because you did it for yourself with hard work, not because somebody loved you. For me, that’s more gratifying.”