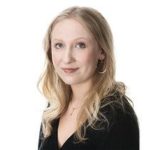 This is one of a series of stories on recent graduates’ on-campus experiences—and the connections they made that jump-started their dance careers. Lenai Alexis Wilkerson graduated from University of Southern California with a BFA in dance (dance performance concentration) and a political science minor in 2019.

As Lenai Alexis Wilkerson looked at colleges, she wanted a school that would prepare her for two totally different professions: dancing and law. “I knew, pretty much when I was 16, that I wanted to go to law school,” she says. “So I wanted the opportunity to have a dual college experience, where I could have a conservatory training style within a university and I could focus equally on my academics.” When she auditioned for the inaugural class of University of Southern California’s Glorya Kaufman School of Dance, she knew it was the right fit.


Creating connections:
Wilkerson’s professors pushed her to look for opportunities outside of dance. “They encouraged us to collaborate often with other USC schools, to pursue other degrees and minors, and to let that knowledge feed the dancer and the artist that we are.”

Making movie magic:
Wilkerson and her fellow dancers often collaborated with students in USC’s cinematic arts program, starring in dance concept videos, working on short films, developing video ideas and learning about the process of making music videos. “With that came a lot of appreciation for each other’s work and craft,” she says.


Beyond ballet:
USC Kaufman prides itself on being a diverse program, expecting its dancers to immerse themselves in everything from classical ballet to hip hop, which Wilkerson particularly enjoyed. “I have become so much more knowledgeable mentally and physically in hip-hop vernacular dance practices,” she says. “I am very interested to work on a hybrid form in the future, doing a house and ballet fusion.”

Favorite part of college:
The people. “I think I learned equally as much from my peers as I did from the faculty.”

Advice for bunheads considering college:
“See it through the application process. You never know what amazing experience you’ll get from the program.”

How to Balance Performance Season With Academic Deadlines