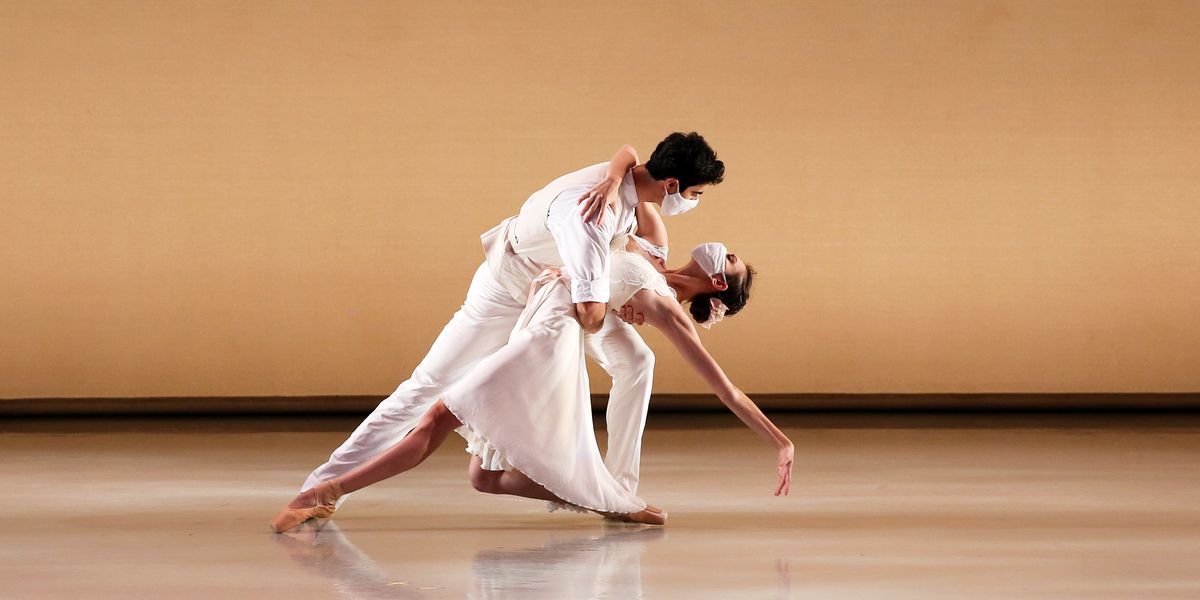 Richmond Ballet Is Back Onstage. Here’s How the Company Is Making It Work

It’s a rare ballet company that can present three months of in-person performances despite (and amidst) the chaos of 2020. Against the odds, Richmond Ballet is doing just that, pulling off a COVID-era adaptation of its perennial Studio Series. Arriving at Richmond Ballet’s Studio Theatre on a recent Thursday evening, I fully expected to feel discouraged by a highly, um, sanitized version of live dance performance. But dancers, artistic staff and audience members alike seem to be adjusting fast to the necessary precautions. After a few minutes, the dancers’ masks and socially distant spacing mostly faded into the background.

For artistic director Stoner Winslett, it was never an option to cancel the entire season or go all-digital. “Our mission as a company is to awaken and uplift the human spirit,” Winslett says. “Especially with the recent social unrest in our Richmond community and around the world, at this moment, we just didn’t feel that being closed was right.”

When the state of Virginia reached Phase Three of reopening in July, Winslett convened Richmond Ballet’s 14 main-company members on Zoom to ask how they felt about returning to the studio. The response was, according to fourth-year veteran Eri Nishihara, cautiously enthusiastic—especially once RB’s medical task force came up with a full battery of recommendations for dancers’ safe return to work. “Since we’re a small company, we were able to stay 10 feet apart in the studio, and we’ve been wearing masks ever since returning,” Nishihara says.

After a few weeks of reconditioning, the dancers—now divided into two daily “pods” so performances can continue in the event of infection—began rehearsing for a total reimagining of the postponed May Studio Series. The new criteria for the one-hour show, now without an intermission: only married couples or roommates performing pas de deux, choreographic selections that lean heavily on solos and trios, and masks mandated for everyone in the building. Excerpts from company favorites, like Dennis Spaight’s Gloria and Val Caniparoli’s Street Songs, were rehearsed in person and performed with minor tweaks to spacing (plus masks, added to the preexisting costume design). Premieres by company members were choreographed in the studio, while a Ma Cong premiere was rehearsed via Zoom.

Other than the music lag that dancers are now all too familiar with, virtual rehearsing went off largely without a hitch, says Nishihara. For the wrenchingly emotional Solas, originally created by Salvatore Aiello for his wife, Marina Eglevsky, Nishihara and her Pod 2 counterpart, Elena Bello, were coached by Eglevsky herself, albeit from afar. “It was amazing how many fine-tuned nuances can still be delivered through screens,” Nishihara says.

The two company dancers who made pieces for the September Studio Series took their inspiration from the current moment. For his Waltzes Once Forgotten, Mate Szentes imagined a sepia photograph from the Spanish-flu era come to life. Matthew Frain created a solo, called To This Day, drawing explicitly on the Black Lives Matter movement and how diversity makes us stronger. Nishihara feels that all the coronavirus-related changes and additions create a different kind of performance, but not a lesser one: “What I’m finding to be really exciting is that because we can’t dance in big groups, each of us is getting to shine more in solos than we normally would.”

But how does it feel to be dancing your heart out for a masked audience in a near-empty auditorium? (Studio Theatre seating is down from 250 to 64 to allow for social distancing, and there’s little to no lobby lingering or mingling amongst audience members.) “It was a little weird, but I could still feel the audience’s energy,” Nishihara says. “If anything, we’re dancing more than ever before for each other, as dancers.”

One pleasant surprise was that masks don’t cancel out as much facial expression as she might’ve expected: “People have told me that a lot of emotion still translated through our eyes, which was nice to hear.”

After the success of the September Studio Series (which could also be viewed through a streaming link up to one week after the performance), Winslett’s ambitions for October performances—running now through the 25th—include the addition of four RB II dancers to each pod, and adding more virtual viewing offerings for patrons uncomfortable with attending in person.

Company members and staff alike are sacrificing in order to put their art first, just as ballet dancers everywhere have long done. “We’ve agreed as an organization that we have to behave like we’re still in a soft quarantine,” Nishihara says. “We’re not going anywhere other than the studio, the doctor and the grocery store.”

Beyond that continuing routine, it’s too soon to say what might be possible come November. Though programming for the November Studio Series has been chosen, “any plan longer than a week from now is a long-range plan these days,” Winslett says, laughing.