Despite major pandemic shutdowns in New York City, Alexandra Hutchinson has been HIIT-ing her stride. Between company class with Dance Theater of Harlem and projects like the viral video “Dancing Through Harlem”—which she co-directed with roommate and fellow DTH dancer Derek Brockington—Hutchinson has still found time to cross-train. She shares her motivation behind her killer high-intensity interval training at Studio IX on Manhattan’s Upper West Side.

Exercising at Studio IX:
In November, Hutchinson started working out with personal trainer Lily Overmyer, a friend and classmate from Indiana University’s ballet program, at the newly opened Studio IX. The gym is run by Joel Prouty, a former dancer who trains stars like Sara Mearns and James Whiteside, so Hutchinson knew the workouts would be intense and effective, with a focus on ballet-applicable exercises.

“Before, I would go to the gym and find myself lost with all the machines and not really knowing what to do,” she says. Prouty and Overmyer incorporate conditioning for rotation and balance, dynamic strengthening for things like grand allégro (think squats and lunges), and cardio intervals that mimic the varying intensities of dancing a full-length ballet.

Staying motivated:
When Hutchinson began training with Overmyer, she was preparing to dance a pas de deux. “I remember one specific workout when she had me doing reps and said ‘Okay, think about this as your pas,’ with squats and arabesque work. Then I would get onto a bike and do something really fast like I was doing the variation, and then I would do these lunges like it was the coda,” Hutchinson explains. “Having that in my mind kept me going.” She also works out to music from artists like Doja Cat, Megan Thee Stallion and Drake to keep her energy up.

Post-workout snack:
Hutchinson fuels her recovery with avocado toast topped with red-pepper flakes and an egg.

Respecting her body:
“When I was dancing at The Washington School of Ballet, Ashley Murphy-Wilson and Nardia Boodoo hadn’t joined the company yet, so I was really one of the only African-American women there,” Hutchinson says. “Nobody was telling me ‘You’re too big,’ but I just assumed I was supposed to look a different way.” After joining DTH, she realized, “It’s not about how my body looks in the mirror. It’s more about what I do with my body and how I push myself to be the best dancer that I can be.” Hutchinson has been vocal on Instagram about embracing her muscles and finding gratitude for her strength.

At home:
“I have more time now to roll out,” she says, mentioning that she massages her muscles with a ball while watching Netflix. She finds that yoga and Pilates are easier ways to keep active at home, since they require little equipment and encourage calm during this stressful time. Join Us for an Exclusive Conversation With Boston Ballet's Chisako Oga on June 29! 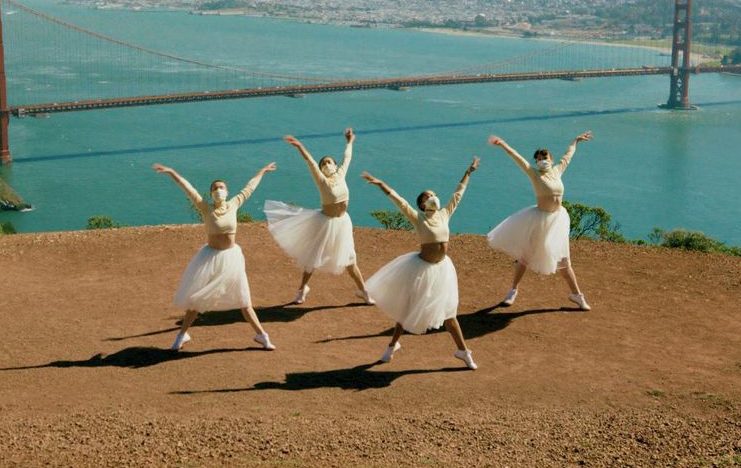