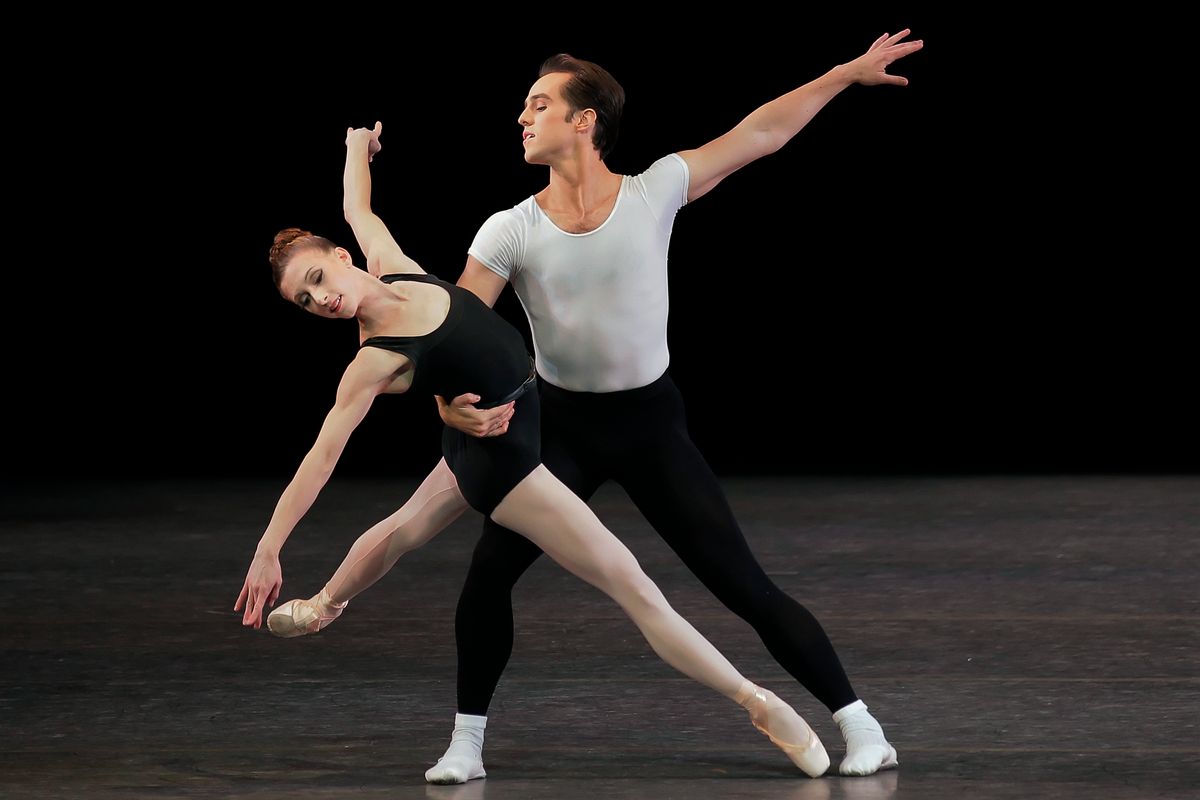 With her natural strength and luscious amplitude, New York City Ballet principal Jennie Somogyi has shone in a wide range of roles since joining the company in 1993. But during her career, she’s had three major injuries—and they’ve been whoppers. Each time, the disaster happened onstage in front of a full house. After the last one, she decided if she did come back, it would be to finish her career “on my own terms.” She recovered in time for NYCB’s spring season, and will retire October 11 with one of her favorite ballets, Balanchine’s Liebeslieder Walzer. Here she shares how she persevered through each recovery with Dance Magazine editor at large Wendy Perron.

My first injury was the hardest. During a performance of Tschaikovsky Piano Concerto No. 2, I tore the posterior tibial tendon in my left foot, and technically never should have danced again. At City Ballet I was the go-to girl; I did all the hard stuff. I was 15 when I got into the company, and I would never say no. The week I got hurt, I had a debut in “Rubies,” a debut in “Emeralds,” my complete Swan Lake and Peter Martins’ new ballet. I had so many parts they couldn’t even divvy them up among the dancers who were there—they had to grab somebody off a plane from Denmark. I think it was a real adjustment for them because it was always, “Somogyi can do it.”

I went 11 years in the company before this injury. During that time, I’d see dancers go out and come back too fast, then go out again for three months and come back another month. So when I first got injured, I thought: I’m going to do this right and not get on that roller-coaster ride.

During my recovery, I had to learn to be patient and to listen to my body. If the rehab was too much, I pulled back. And when I progressed to the next level, I’d do a little bit more and keep it at that level for a week or two.

When I did come back—a year and five months later—Peter said, “You look great. Does this mean you can do Swan Lake?” It was hard for me because I totally wanted to do it. But when I started rehearsing, my calf was fatigued from having to do extra work to compensate. I never did Odette/Odile again. During a matinee of Who Cares?, I felt like my right ankle was sort of jammed. It was seizing up by the finale. My Achilles was really sore, so I went to the physical therapist, who said, “After your show tonight I’ll have a look at it.” And then in the middle of Polyphonia, pop it went. I heard it. I thought my partner Gonzalo Garcia had kicked me—that’s the force I felt! But out of the corner of my eye I saw that he was pretty far away. That’s when I knew something was really wrong. I started losing my hearing and my peripheral vision, so I knew I was going into shock. I still have no idea how I walked offstage, but as soon as I got into the wing, I just dropped.

The Achilles tendon rolled up my leg so you could see that it was no longer attached. It wasn’t painful at first. When you have a complete rupture there is no feeling because it’s not connected. After the repair surgery, then the pain sets in. That was tough.

At this point I had a 3-year-old daughter, so this injury was more stressful. Mommy was completely incapacitated, so she was my little helper. My recovery took about a year, starting with three months of non–weight-bearing crutches, a cast and an orthopedic boot. My physical therapist had an underwater treadmill so that most of my weight was off of my leg. I was walking pretty quickly—about a month ahead of schedule. That got me back to doing barre. The home stretch, with the pointe shoe, was the hardest. I spent a couple weeks just doing relevés. After being off them for so long, your legs atrophy. I felt like Bambi on ice. You’re retraining all the little muscles in your legs to work in a new way.

When I could start taking class again, that was a bonus. But it gets frustrating. I’d always been a very natural dancer—I would just visualize what I wanted to do and my body would make it happen. Now I had to think, Okay, how do I do that? You want to be able to do something because you’ve always been able to. I’d think, I just want to do that step!

My last injury was the mother of them all. The recovery took a year and a half. I did a jump in the Russian Variation of Swan Lake and felt my left posterior tendon pop again. I thought, Well, that was my last show. Back in 2004, the doctors had removed most of the tendon. This time I had to have an organ donor because there was nothing left to repair. It’s not a common procedure, but that was the only option and there were no case studies. Dr. Phillip Bauman, who had done my Achilles repair, finally found a surgeon in Baltimore who was willing to attempt the surgery using a tendon from a cadaver. They’d never done this before, so I was the guinea pig. The surgeon said, “I don’t know if I can get you back to the level you were at, but I can try to get you close.” Dr. Bauman was in the wings for my first show back. When I finished, he said, “You just made medical history!”

Every time I’ve come back, it’s been like a gift. I was told with each injury that I probably wouldn’t be able to dance again. And there’s nothing more depressing than doing months and months of physical therapy and not having the reward of being onstage. But I’m a goal-oriented person; once I have a goal, I’m full steam ahead. I never realized the inner strength I had.