This is Pointe’s June/July 2014 Cover Story. You can subscribe to the magazine here, or click here to purchase this issue.

Alicia Graf Mack tells the remarkable stories of three stars who have beaten ballet’s odds, finding successful careers in the field they love. 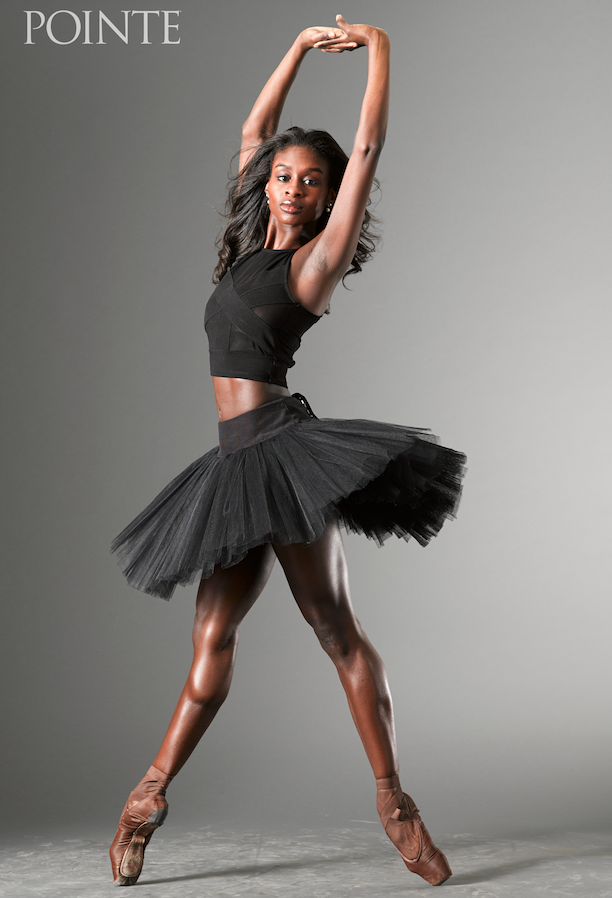 As a young girl in Shreveport, Louisiana, Dance Theatre of Harlem’s Ashley Murphy never dreamed of a career in ballet. “I didn’t grow up hearing that being a professional dancer was a real job,” she says. Ballet was just an extracurricular activity that she enjoyed, along with gymnastics and piano lessons.

Not until she attended summer programs at New York’s Joffrey Ballet School, The Ailey School and DTH did Murphy begin to realize her own potential. Though she earned admission to Dillard University in Louisiana, she ultimately followed her heart and accepted a spot with DTH’s junior company. Within a year, director Arthur Mitchell, noticing her air of quiet mystery, promoted her to the professional company.

Murphy found herself in her dream job. She enjoyed working amongst so many dancers of color, “striving toward this goal” of showing the world that a ballet company celebrating the diversity of American society could advance the art form. This was a place where she could pursue what she loved regardless of the color of her skin. In 2003, DTH experienced a successful touring year, and Ashley performed some of the greatest works of the neoclassical canon, including Balanchine’s Serenade and Concerto Barocco, and the company’s signature work, John Taras’ Firebird.

“Sheer confusion” is how Murphy describes her thoughts after hearing the announcement, in 2004, that DTH was closing. “We were touring and performing to sold-out audiences, and the next week, I didn’t have a job,” she remembers. Murphy stayed in New York for a few months, auditioning for other ballet companies, but was forced to move back home when nothing worked out. The disappointment of unemployment after reaching such a high in the ballet world wore on her spirit and led her to question the role that race plays in dance. “To a certain extent, race affects us all, whether we are willing to admit it or not,” she says.

From 2004 to 2012, Murphy made it her mission to inspire young people of color. She not only danced with the DTH Ensemble—the performing arm of the DTH School, which continued to operate during the company’s hiatus—but also worked with DTH’s educational outreach program, Dancing Through Barriers. “The biggest thing that we can do is to be an example to others,” she says. “Not seeing people who looked like me is one of the reasons I never considered ballet as a profession growing up.”

Today, the powerful yet elegant 29-year-old is at the forefront of Dance Theatre of Harlem’s comeback as a full-fledged professional company. Murphy often wonders “why it can never just be, ‘Oh, she is a beautiful dancer.’ It has to be, ‘She is a beautiful black dancer.’ ” Those kinds of assumptions have charged her to strengthen and develop her artistry, so that her talent is undeniable—devoid of labels. Her pursuit of excellence is not about being a standout black ballerina, but about being a standout artist. “That should be the larger issue,” she says. 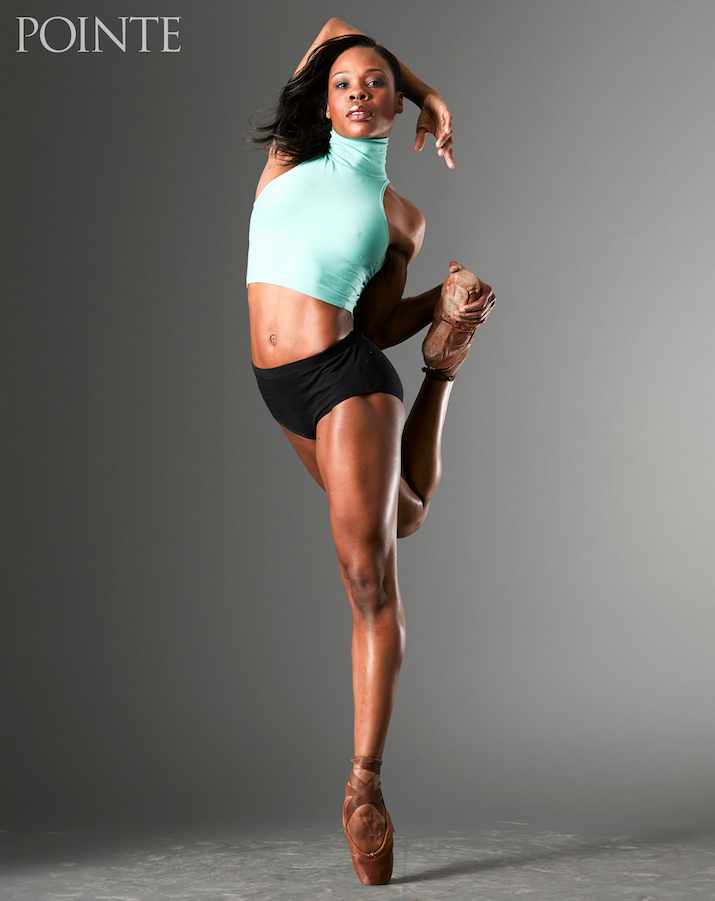 Ebony Williams has worked with pop stars like Beyoncé and Rihanna, but the chameleonlike dancer’s home is Cedar Lake Contemporary Ballet. Cedar Lake’s repertoire emphasizes the work of innovative European choreographers, and Williams, whose strong classical technique is complemented by an urban angularity, was drawn to its marriage of classical and contemporary. “I felt like I didn’t have to just be a ballerina,” she says.

For Williams, the dance world wasn’t always a welcoming place. She started her classical training in elementary school through Boston Ballet’s Citydance, an outreach program designed to bring dance to inner-city public schools. Soon Boston Ballet recognized Williams’ prodigious talent and asked her to join the Boston Ballet School on full scholarship. As one of the only black girls at the school and on financial assistance, Williams often felt estranged.

“Everyone at Boston Ballet, the staff and teachers, was very good to me,” she says. “It was really just the parents and the other girls. I remember one girl’s mom grabbed me and told me that she was paying for me to be there, and I didn’t deserve the roles I was getting. It was horrible.” During her freshman year of high school, Williams began to retreat, skipping classes and eventually quitting ballet altogether. “It was no longer fun for me,” she says.

Williams joined her high school’s cheerleading squad, graduated and enrolled in college to study physical therapy. A former teacher saw her in Boston during a break and asked her why she was no longer dancing. “I felt like no one was letting me quit,” Williams says. “Everyone knew me as Ebony the dancer.” After a six-year hiatus from formal ballet training, she returned to her greatest passion, enrolling in The Boston Conservatory. “I started in the lowest ballet level, and by the second semester I was in the highest level.”

In rediscovering ballet, Williams rediscovered herself, and ultimately found a new path at one of the dance world’s most diverse companies. She loves that everyone in Cedar Lake is “from a different place in the world,” she says. “It is important to the artistic direction to bring in individuals who have their own voices.” Now she embraces the fact that while the color of her skin makes her special, it is her talent that sets her apart. 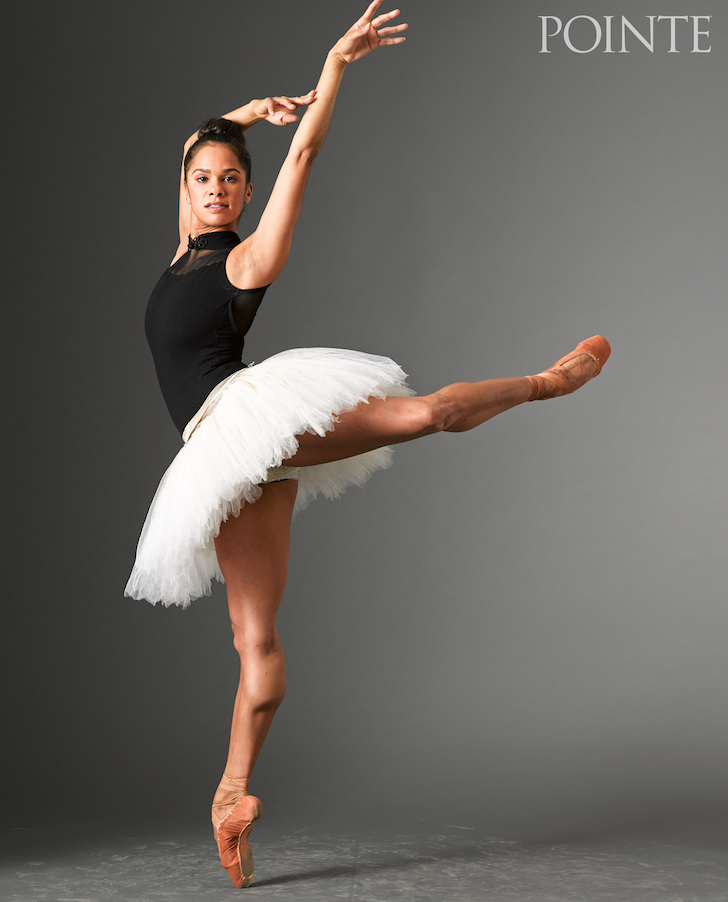 Misty Copeland, American Ballet Theatre’s first African-American soloist in over two decades, is one of the ballet world’s most prominent role models. More than 250,000 fans follow her every move on social media. With a new memoir on sale, a documentary in the making and several commercial endorsements, Copeland is a force to be reckoned with.

But being in the spotlight also has its challenges. Copeland is no stranger to dealing with negative chatter and intense pressure. “As I climb the ranks of the ballet world, I’ve started to see more judgment from my audiences and peers,” she says. “I just have to block it out and stay focused and weed out the negative. I have to be able to stand my ground.”

Copeland began training in classical ballet at 13. Discovered by her teacher, Cynthia Bradley, at a Boys & Girls Club in San Pedro, California, Copeland was aware that her color could present a challenge, but she trained in a caring, insulated environment that allowed her to flourish as a young artist. Even after moving to New York City in 2000 to dance with ABT’s Studio Company, she was not aware of the role that race would play later in her career.

In fact, it was not until Copeland’s first year as an ABT corps member that she began to struggle. “In the beginning it was so difficult,” she says. As one of the only black female dancers in ABT, she “felt really alone, and started to rebel. I was really hard on myself.” She became increasingly frustrated with her casting, believing that her talent merited bigger opportunities.

Copeland attributes her change of attitude and sense of determination to conversations she had with Victoria Rowell, a former ballerina and actress who encouraged her to continue to fight for her place at ABT. Copeland says, “It was the first time that I had a black woman so positive and strong in my dance career. She said, You can do this. And that’s what I needed to hear.” Copeland found the courage to ask for what she wanted, and her career at ABT took an upward turn.

Today, Copeland is using her position with one of the world’s premier ballet companies as a platform for bringing issues of racial inequality to the forefront of the ballet world. In following her own dreams, Copeland is paving the way for other women of color to do the same. “I am constantly saying that, to be a black ballet dancer, you have to be incredibly strong,” she says. “I want to show people that it is possible.”