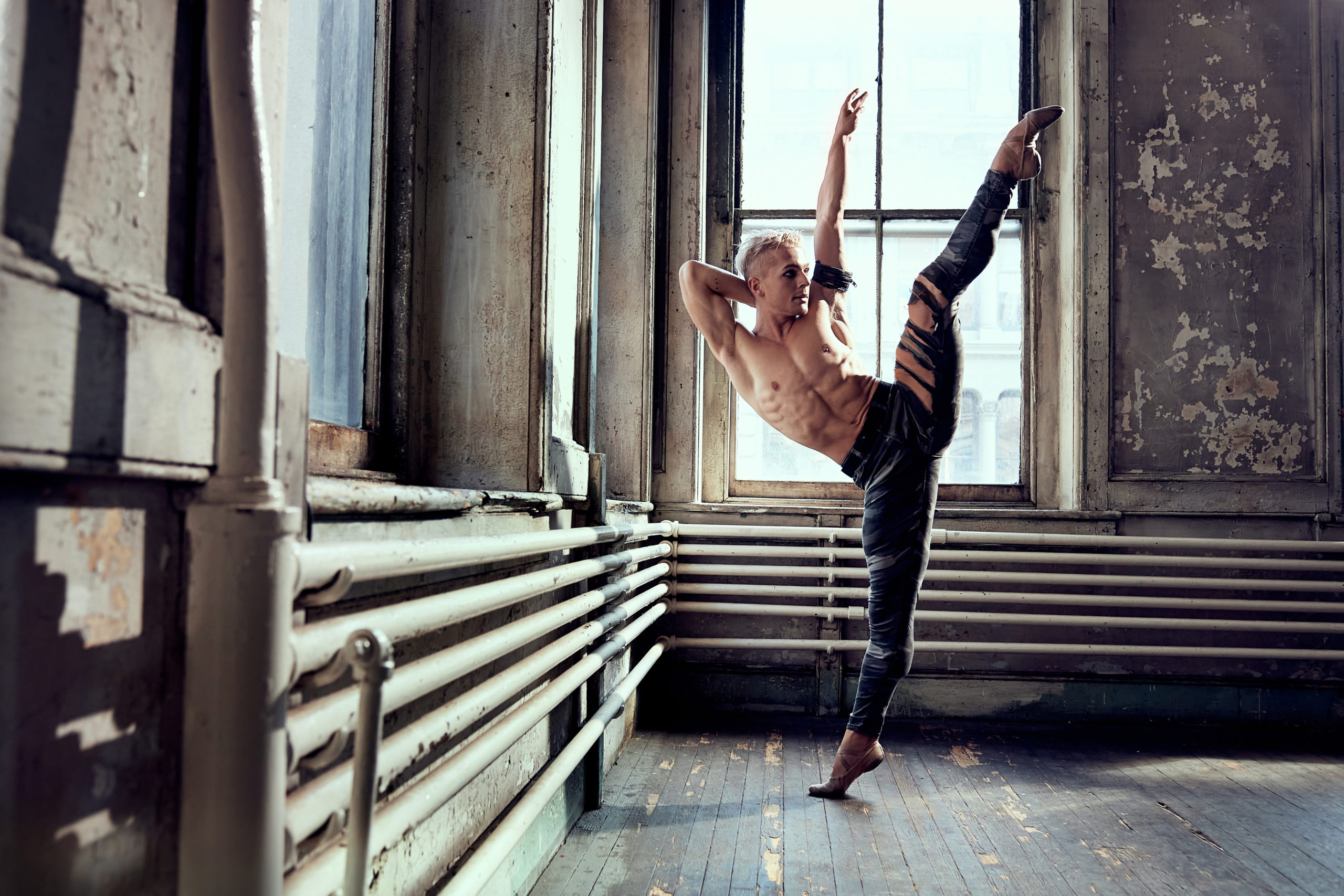 On a fall evening inside New York City Center’s studios, Complexions Contemporary Ballet is deep in rehearsals for its upcoming season at The Joyce Theater in New York City. With just days until opening night, the focus of this hour is Endgame, the latest work created by co-founder, co-artistic director and choreographer for Complexions, Dwight Rhoden.

The piece, as Rhoden describes it, is about “love and survival, infinite possibilities, closed chapters and next steps.” The excerpt Pointe was invited to watch was set to “If I Can Dream” by Måneskin and explored the work-in-progress. The choreography is distinctly Rhoden’s, melding circular and unexpected movement patterns with exquisite technical prowess to convey the work’s larger themes of love and connection.

Pointe caught up with Rhoden to hear his thoughts on Endgame. Here, he shares his inspiration for the work, the contemporary musical score, the process so far and how he’s feeling as opening night approaches.

What is the inspiration for Endgame?

No matter what I do, I always end up choreographing my life. After the past two years, I’ve been thinking about how we (the company and I) have dealt with the aftermath of the pandemic. There are chapters that have closed, new ways we must live and the ever evolving issue of connection. How are we able to love? Is it the same as before? Are we as free as we once were? This piece is both my observation of people and my own daily existence. I have moved to the West Coast and taken a job at Chapman University. The company and the school are growing in big ways, and I have to reinvent how I deal with it all. There is a yearning for understanding throughout, and the dancers explore the frustration of going down the wrong path before getting to the right one. This piece explores elements of all of that.

How have you structured the work?

There are eight sections, and each one has its own mood or story. It appears as if they are independent of each other, but actually they are interrelated. There are a lot of pas de deux, but it’s about more than romantic love. It’s also love and connection with our friends and family, and life generally. It depicts the way we deal with each other and the world around us.

Tell us about the soundscape. Who composed it, and how does it influence the piece?

The music is by Kendrick Lamar, Drake, Panic! At the Disco, Måneskin and Post Malone. The stories of the work are told through the lyrics of every song. I don’t do that very often, but that was what felt right for this. I wanted [the music selection] to have a pulse of “right here and now,” so there is a modernness to it. Each piece of music influences the temperature of the section the song appears in. You get a feel for where we are emotionally and mentally.

It’s been good, though a bit chopped up because of my schedule and how much the company has been touring lately. It’s not quite finished at this very moment. The structure is in place, but there are a few missing pieces to put into place. You always want more time. Thankfully, every time I’ve seen the dancers for this ballet, they have shown up ready. They know me and my work so well that we have been able to work quickly. I think they like the music, and there are various feature roles in which they get to put their own voice. I could do nothing without my dancers. It would just exist in my head.

How are you feeling as opening night approaches?

I am really excited about this group of dancers. Many of them are new, but they are very strong. There is a new energy in the room, but there are still a couple of longtime company members, and of course it’s still Complexions. Everyone is in performance mode. Even on hard days they get through it, and it’s really encouraging.

The world premiere of Endgame can be seen at The Joyce Theater on November 29.