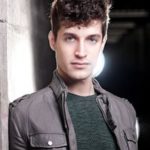 “Opportunities always come when you least expect them,” says Septime Webre. In 2016, he’d left The Washington Ballet, after 17 years as artistic director, to focus on his choreography career. Halfway around the world in East Asia, Hong Kong Ballet was hiring a new director for its following season, and Webre’s agent convinced him to submit his resumé. “I ended up on a call with leadership and the energy between us was great,” says Webre. Webre in the studio

Now at the helm of Hong Kong Ballet as it heads into its 40th-anniversary season, Webre is poised to launch the company into the future with refreshed repertoire and increased community engagement.

Watching the 48-dancer troupe in Terence Kohler’s The Nutcracker, Webre’s influence is visibly evident. He has encouraged HKB’s artists to deepen their acting skills, and he’s pushing them physically with greater technical feats.

The company is quite diverse, with less than 14 percent of its dancers from Hong Kong. Nearly half of its artists are from mainland China, though others are from the U.S., Cuba and Australia, plus a handful from Europe and elsewhere in Asia. Classes and rehearsals are conducted mostly in English. To further enhance HKB’s roster, Webre brings in guest artists, like former Royal Ballet principal Matthew Golding and former Washington Ballet star Brooklyn Mack. However, Webre is quick to clarify their purpose: “These aren’t rental principals replacing my dancers. They’re with us throughout the rehearsal process for an entire program. Not only is it exciting for audiences, it offers our dancers a new perspective.”

Webre is also unafraid to offer younger dancers casting opportunities. One of these artists, soloist Chen Zhiyao, has been promoted since Webre arrived. “Septime spends a lot of time in the studio,” she says. “He is energetic, and pushes us to try new steps and challenges our technique. My movement is freer.”

To be a Hong Kong Ballet dancer means to share a hunger for diverse programming and the choreographic process. Webre curates fresh stagings of classics, original full-lengths and opportunities for local choreographers. He aspires to build a more international rep with works by renowned names, like Justin Peck, Wayne McGregor, Christopher Wheeldon and Annabelle Lopez Ochoa. While Webre has not completely overhauled HKB’s repertoire, he is systematically introducing relevant choreography. He also continues to flex his creative muscles by crafting full-length productions, including an upcoming Hong Kong–based Romeo + Juliet set in the 1960s. Venus Villa and Xia Jun in Terrence Kohler’s The Nutcracker

During Webre’s first season, the com- pany launched Ballet in the City, a government- funded outreach initiative which offers free outdoor shows. “Beyond outdoor main-stage performances, I commission short works to adapt to unusual spaces, like balconies, plazas and niches,” he says. Ballet in the City’s first performances—at a local heritage site—were attended by more than 30,000 people.

For their anniversary season starting this fall, HKB’s celebrations include an International Gala of Stars and the company premiere of Balanchine’s Jewels. Also on deck are Webre’s Peter Pan, John Meehan’s Swan Lake and the final run of Kohler’s Nutcracker, which Webre will replace with his own interpretation set in historic Hong Kong. While the company does not have a school, it has a three-year agreement with the Hong Kong Academy for Performing Arts to support serious local dancers. “Since Septime arrived, we are developing a closer relationship with HKAPA, and also reaching out to other schools,” notes Chen. Artistic staff teaches advanced students monthly, and dancers with professional potential receive paid summer apprenticeships. While the company is work- ing diligently to develop local talent, it still relies on open auditions. In the past two seasons, 17 new dancers have been hired, with about 90 percent coming from outside of Hong Kong.

With a nearly 130 percent increase in subscriptions since Webre took over, Hong Kong Ballet continues to grow as a gem of this East-meets-West territory. “I see the ballet world as a global village and approach directing from an international impact standpoint,” says Webre. “How can Hong Kong Ballet become more important internationally?” With its forward-thinking director, diverse roster and increased reach, this company is aligning itself as one of Asia’s leading arts organizations.

Hong Kong Ballet holds an annual international audition tour and accepts video auditions. “Dancers don’t have to be experienced, but need talent, training and coordination,” says Webre. “I look for factor X, which while undefined is something extraordinary.”

Hong Kong Ballet At a Glance

Performances per year: About 60