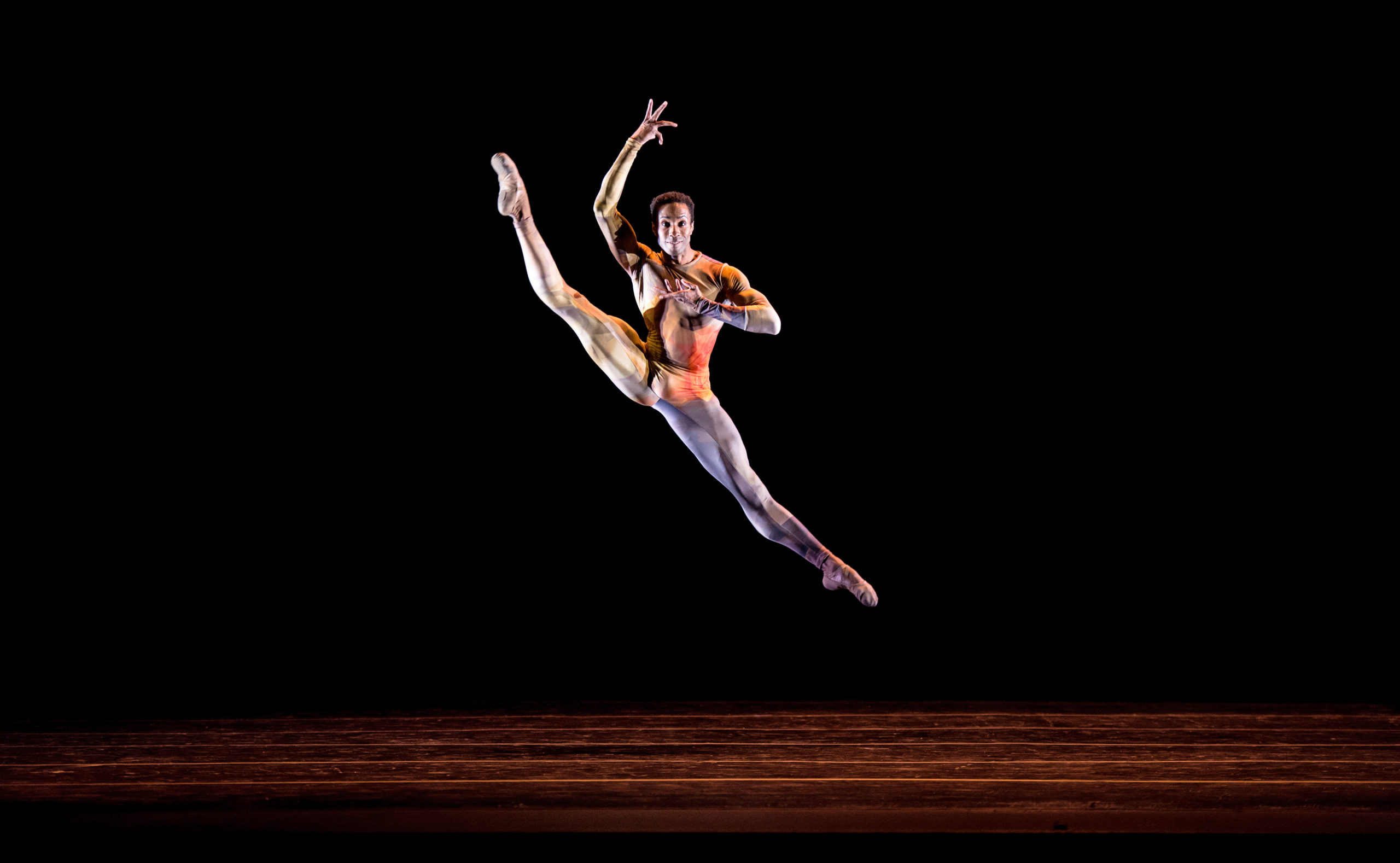 If some people are destined for greatness, Baltimore native Jermel Johnson is one of them. Johnson made his way through the renowned Baltimore School for the Arts, then studied at the School of American Ballet, where his teachers included Peter Martins, Peter Boal, Jock Soto and Andrei Kramarevsky. After starting out in Philadelphia Ballet’s second company in 2003, Johnson rose to the coveted position of principal dancer in 2012. He made history as the company’s first African American male principal dancer and went on to brilliantly and powerfully dance a bevy of roles, including Christopher Wheeldon’s Swan Lake (Prince Siegfried), Jerome Robbins’ Afternoon of a Faun and George Balanchine’s The Nutcracker (Cavalier), among many others.

Now, after 19 years at Philadelphia Ballet, Johnson is ready to hang up his ballet slippers. He will give his farewell performance in Hans van Manen’s Humankind on May 15. Johnson spoke with Pointe about his illustrious career and his hopes for the next chapter of his outsized life.

Why are you retiring now?

I’ve been doing it for quite a while, and it’s a lot to maintain dance even when all of the conditions are optimal. But I have a family. I’ve got two young kids and I don’t live close to the Philadelphia Ballet studios. And recovery is taking me a lot more time than I have to maintain the caliber of dancing that I would like.

What do you think you’ll miss the most about dance and being in Philadelphia Ballet?

I absolutely love my audience. Through the years, I’ve come to really get to know a lot of the people who come to the ballet, and I feel like I have a connection with them. That’s what I think I’ll miss the most: the energy when the curtain goes up.

You danced nearly all of the men’s roles. Which did you find the most challenging and which did you enjoy dancing the most?

There are a lot of challenging roles. I love Balanchine ballets and I’ve done a range of those, but one of my favorites is Oberon from A Midsummer Night’s Dream. There’s an energy level like you cannot even imagine, and each time you come onstage, there’s more intricate dance and more energy. It’s so exhilarating. It’s equally challenging and rewarding. Prodigal Son is also challenging because there’s so much going on and so many emotions throughout that piece.

Did you ever consider stopping dancing before?

I did. It’s a challenging career, especially when you have a goal to get to the top and not everybody is able to achieve that. I think, because I was working so hard, I reached a point of burnout where I was exhausted and tired all the time.

Will you still be participating in the dance world?

I’ll probably be a guest in a ballet like The Nutcracker. Maybe I’ll do a character role like Drosselmeyer. The first time I did Drosselmeyer was this past Christmas in Nutcracker, and that was a lot of fun. If there’s an opportunity to do a character role, I would love to do Mother Ginger. As far as being connected with the dancers, I’m also a licensed massage therapist.

How long have you been doing that? And how did you get into it?

I’ve always spent a lot of time trying to maintain my body. But once the pandemic hit and the theaters shut down, I wasn’t sure how long everything would be closed down for. I have two kids, so I needed to get something going. So I went to massage school. May makes one year as a licensed practicing massage therapist. And I love every single minute I have working on bodies.

And you design jewelry, is that correct?

Yes, I’ve been a jewelry maker for some years now. I love wrapping copper or silver wire to make necklace pendants. I use gemstones, and sometimes if there’s a birthstone or a stone that has a special meaning for someone, I put it into a pendant or something that they can keep close to them.

You were the first African American male principal dancer at Philadelphia Ballet. What was that like early on?

You’ll always want to achieve your best, but you never know how you’ll be received or how things will go. I had this dream, and I am never one to shy away from being the only one. In ballet, especially if you’re a guy, sometimes starting out, you might be the only guy. I took [being the only Black male principal] as an opportunity to lead, like: “Okay, no one is in this role. I’m up for it.”

One of the challenges I faced was: “Nobody has seen someone who looks like me in this role. Are they open to the idea of it happening?” And luckily, Roy Kaiser [former Philadelphia Ballet artistic director], who hired me into the company, was on board. He saw potential in me and expressed that early on. He told me that I just needed to work for it, and it was not going to be easy. So I worked on a lot. I didn’t want to be a token—like “He’s Black and he can do some stuff. Let’s just put him out there.” No, I wanted to be good. I wanted to represent the few that people see in the best light possible.

What can we do to make ballet more accessible to diverse audiences and cultivate new fans?

Speak openly about how diverse dance can be, period. It is not necessarily just about classical ballet. There are different avenues of ballet and movement. [We can also] incorporate different styles of music to interest different audiences with ballet movement. We’re seeing that more often.

What advice would you give to the young Jermel Johnson coming up now? What are one or two key pieces of advice for success for someone starting out now?

I would say don’t be afraid to be yourself. Always work to absorb, and grow who you are. But don’t try to change. Be true to who you are, and find ways to incorporate that into whatever you’re doing. You’re gonna be on the right track.