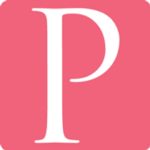 This story originally appeared in the August/September 2016 issue of Pointe.

You took a year off to perform on Broadway as Ivy Smith in
On the Town. What did you learn from that experience?

If I’m not being classical I can be kind of a goofy dancer, so it was a good push for me. And dancing for a different audience, where it’s purely based on how much fun everybody’s having, takes the emphasis off being technically perfect. That was something I held on to a little too tightly before. I learned that just being me is enough.

What role do you find particularly challenging?

The Cuckoo Bird in Justin Peck’s The Most Incredible Thing! He’s very specific about the steps and the timing he wants—it’s a whole new vocabulary for me. The costume has heavy wings that “whoosh” as you turn. During my first show I fell. Then the next show, I fell again. To get out there and try a third time after falling twice was a fun challenge, but a difficult one. Fairchild in Balanchine’s Tschaikovsky Suite No. 3. Photo by Paul Kolnik.

What do you still hope to dance?

My biggest dream is to someday be in Jerome Robbins’ The Concert. I’m trying to grow my hair out for it. More than anything, I absolutely love to hear the audience laugh.

You’re a math and economics major at Fordham University. What do you like about math?

I like the discipline of it, and that you can use its tools every time you approach a problem: If you do this step, this step, and this step, you’ll get to an answer. It’s like ballet: If you do this, this, and this, you’ll do a good triple pirouette. It’s just the way my brain works.

What inspired you to start your weekly “Ask Megan!” podcast?

When I was finishing my Broadway run, I thought about starting a blog. I had done some interviews for the “Balancing Pointe” podcast with Kimberly Falker, and we collaborated to create “Ask Megan!” I didn’t want to just talk about myself—I wanted to advise. It’s been a way to give back.

Do you have a guilty pleasure?

I enjoy the Kardashians from time to time. It makes me feel better about my life!