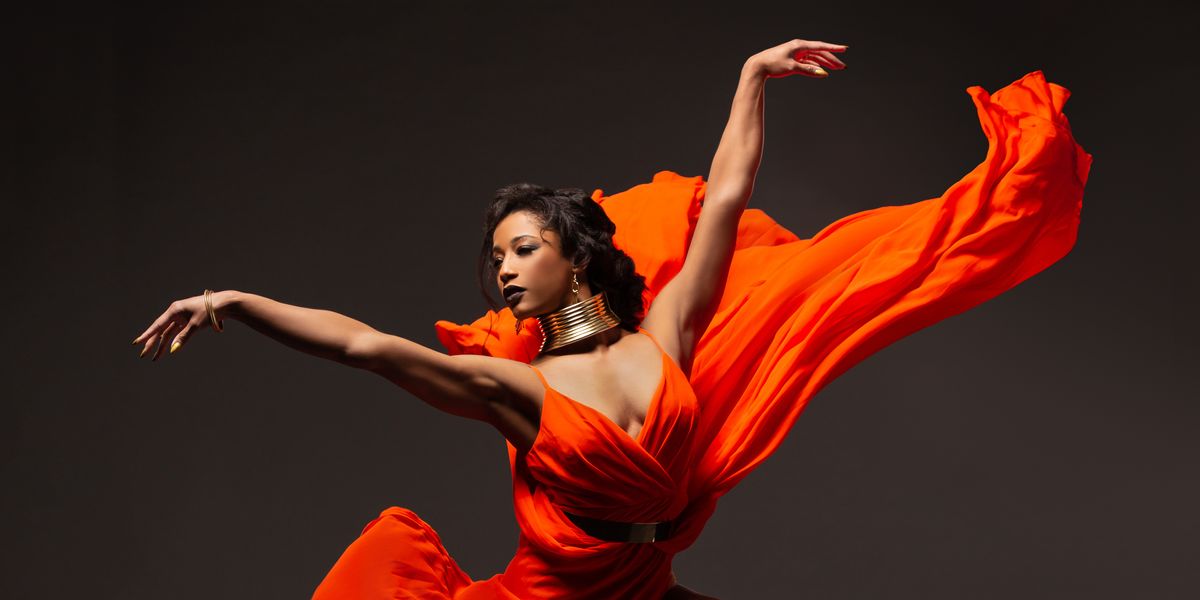 Many young dancers see the choice to attend college or pursue a career as clear-cut, but Rachael Parini‘s unusual course has proved that’s not the case. At 32, her career has been full of restarts. But looking back, the BalletMet dancer wouldn’t change a single thing about the winding path she’s taken.

Growing up in Snellville, Georgia, Parini says her parents insisted that pursuing ballet was contingent on doing well in school. Though she took AP classes and was named a National Merit Scholar, for her senior year Parini attended The Rock School for Dance Education and spent her weekends auditioning in New York City. But at the end of the year she was left without a contract, and fell back on her plan B: attending Florida State University.

By her second semester, it was clear that Parini’s heart wasn’t in school. Realizing that she missed ballet, she made the type of bold decision that has since characterized her career. She returned to The Rock, and after a year of intense training was offered a spot with American Repertory Ballet. “ARB was small enough that I was given the chance to jump straight into soloist roles,” says Parini. After two blissful years, a company shake-up led her to Nashville Ballet’s second company, where she spent a season struggling with an injury and a growing sense of disillusionment. “It made me realize how short a ballet career is,” she says. “I decided to quit for good.”

Parini returned to FSU and threw herself into her studies. Though she continued to take class and teach, ballet took a definite backseat. She declared a major in political science, with minors in international affairs and Italian. “It was so nice to have my passion for learning rekindled,” says Parini. With the newfound goal of becoming a foreign service officer, Parini landed a summer internship at the Department of Homeland Security. “I was living in Washington, DC, doing data analytics and working next to agents who were doing investigations all over the world,” she says. “I never thought I’d be in that position.”

But as Parini neared graduation, she was bitten by the “ballet bug” again while dancing Sugarplum for a local Nutcracker. Though she’d already committed to a summer immersion program in Italy, she changed course. “I decided I would audition one more time, before I left it all behind me.” Parini was offered a traineeship with The Washington Ballet, spent her summer in accelerated college courses in order to graduate early and says that she never looked back.

During the coronavirus shutdown, Parini has focused her attention on creating @chocolateandtulle, an Instagram account aimed at providing a sense of community for dancers of color.

Though she was 25 and had a BA, Parini started at the bottom of TWB’s ladder. “It was humbling,” she says. “But I was on cloud nine just to be dancing again.” After three years, Parini was offered an apprenticeship at BalletMet. “It was a lateral move, but I was so drawn to [artistic director] Edwaard Liang’s style and intensity, and I made the jump.” And nearly five years later, she couldn’t be more grateful. Moving to Columbus, Ohio, felt like fate; during her first day in the city, Parini bumped into a man in her apartment building who later became her husband.

At BalletMet, Parini’s career has taken off. She’s shone in a wide range of ballets, from Liang’s Giselle (dancing the role of Moyna) to Val Caniparoli’s Lambarena to George Balanchine’s Serenade, Square Dance and “Rubies.” When thinking about life after performing, Parini no longer feels the passion for government that was kindled in college. “I don’t want to step away from art again,” she says. But Parini’s unconventional path has given her an invaluable sense of resilience and open-mindedness. “It requires a lot of humility and a little bit of fearlessness to start over so many times,” she reflects. “Once I saw that ballet isn’t the be-all and end-all, I realized that there were a million different things I could be doing. We do ourselves a disservice by only seeing ourselves in one way.”