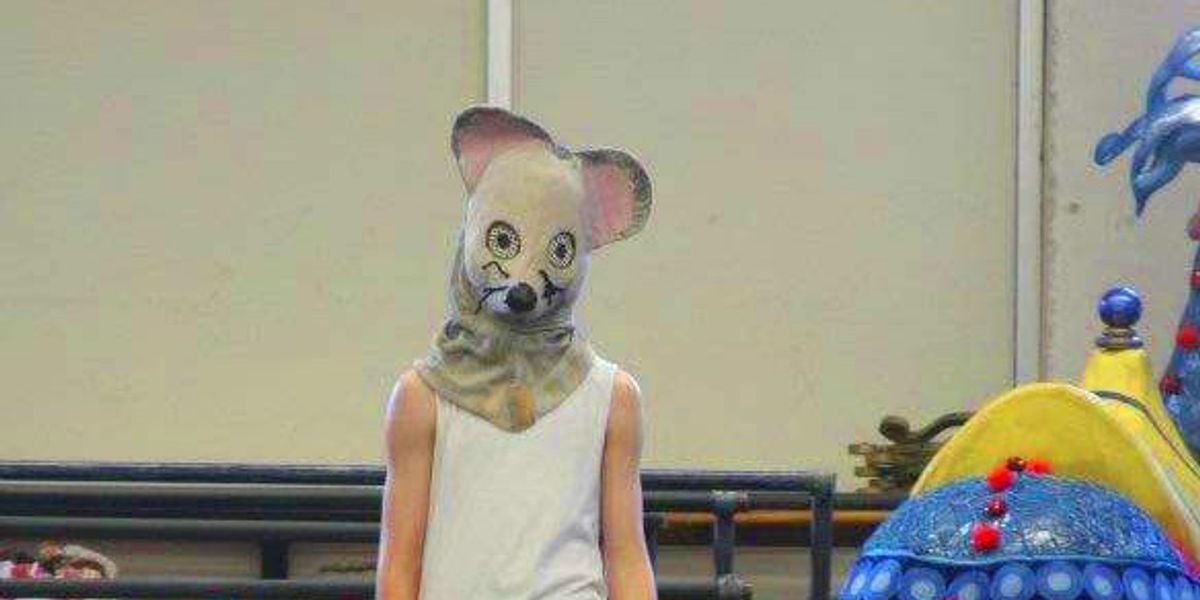 Carolina Ballet soloist Sam Ainley, shown here as a teenager, was initially not jazzed about dancing as a Big Mouse in his childhood Nutcracker. But he learned to appreciate the role. Photo Courtesy Ainley.
Career

You have your heart set on a role. Casting goes up. You’re crushed. Not only were you passed over for the part you were hoping for, but you’re definitely not excited about the role you received.

You’re in good company—nearly every dancer has gone through this. We spoke with four professionals about their less-than-desired Nutcracker roles growing up, and asked them to reflect on what they learned from the experience. When I was 8, I began performing in the party scene with Connecticut Ballet. This was exciting, because party scene roles were usually for older kids. Because of this opportunity and others I received over the next few years, I believed I was on the trajectory to be Clara.

Then, when I was 12, one of my good friends was cast as Clara and I was cast as a Soldier. I was pretty devastated. My mom was in the hospital at the time the casting went up, but afterwards she took me on a trip to the beach and had a long talk with me about how all roles in Nutcracker were important. This helped me a lot. During rehearsals, I began to learn how to perform in a unit and experienced the camaraderie of the corps de ballet. By the time we came to the performances, I was really enjoying the role: the sense of moving together with other dancers, staying in line together and staying strong together. Now, when I watch classics such as Giselle and La Bayadère I feel that the strength of the corps is what really reflects on the quality of the company. When I was 13, I was cast as a Big Mouse in Sacramento Ballet’s Nutcracker. I was extremely disappointed, because I was hoping to be a Party Child again, like all my friends. All of a sudden, I was in rehearsals with only a few older, upper-level boys who I’d never talked to before. Some of the other mice were danced by apprentices from the company. A teenage Ainley rehearses his role of a Big Mouse for Sacramento Ballet’s Nutcracker.

I was very nervous at my first rehearsal; I was quiet and stayed in the back of the studio. The role consisted of many different types of jumps, most of which I had never attempted. The older boys taught me some of the more advanced choreography before the director came to the studio for rehearsal. It was at this point that I realized how much I enjoyed jumping. With the help of the director telling me “Up!”, the height and technique of my jumps began to improve. After my third rehearsal, I thought, This is working! The coordination of jumping felt extremely natural, and I began to integrate these lessons into my daily technique classes. If I hadn’t received a role I didn’t want, I may not have discovered my love of jumping so early in my training. For my very first Nutcracker at Boston Ballet as a student, I really wanted to be cast as a Toy Doll. In the production at that time, each of the dolls represented one of the dancers from the Act II divertissements. You could not only feel like you were representing a ballerina, but you also got to be carried by the big mice in the battle, so there was interaction with company members. I really hoped to be the doll representing Flowers or Arabian. Instead I was cast as the Baby Mouse.

Powell as the Baby Mouse from Nutcracker.

But in this role, I found some of the things I was looking forward to in the Toy Doll part. The Baby Mouse also got to be in the battle scene and be carried around by big mice. What was even more exciting was that there was only one Baby Mouse, so it was like its own little solo part. Moreover, I was just thrilled and grateful to be in Boston Ballet’s Nutcracker. It’s a big production and lots of kids who tried out weren’t selected. I had auditioned the year before and wasn’t cast, so it was a lesson in gratitude. I ended up loving the part. When I was 14 at the International Ballet Academy in North Carolina, I wanted to perform in the Russian dance in Nutcracker—I liked roles with jumps and turns. Instead, I was cast in the Snow Scene pas de deux. I wasn’t really interested in partnering at the time and didn’t think this role would be exciting. I also didn’t have much pas de deux experience and felt like the casting was a mistake. I struggled in rehearsals and couldn’t do any of the lifts. Fourteen-year-old Proctor partners his classmate in the Snow Scene from the International Ballet Academy’s Nutcracker.

I went home one day and expressed my frustration to my dad. He suggested we start working out together and lifting weights to help build my upper-body strength. He bought some weights and we worked out every day and I got stronger. I started to get better at lifting my partner. I remember the feeling of accomplishment on the day I finally was able to do the arabesque press lift. My coach also helped me not to be shy about partnering and taught me that, together, my partner and I should dance as one person. As a male dancer, partnering is a very important skill and this role helped me learn that.