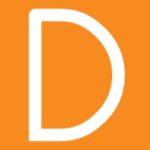 What does a superstar like Carlos Acosta do after bidding farewell to his career in classical ballet? In Acosta’s case, he returns to his native country, Cuba, to funnel his fame, connections and prodigious energies back into the dance scene that formed him. Because of its top-notch, state-supported training programs and popular embrace of the art of dance, Cuba is brimming with talented dancers. What it has been short on, until recently, are opportunities outside of the mainstream companies, as well as access to a more international repertoire. That is changing now, and, with the creation of Acosta Danza, launched in 2016, Acosta is determined to open the doors even wider to new ideas and audiences.

The ensemble of 20 will have its full-company American debut at New York City Center April 25–27, with a mixed repertory that includes works by the Belgium-based Sidi Larbi Cherkaoui, Cuban choreographer Marianela Boán and company member Raúl Reinoso.