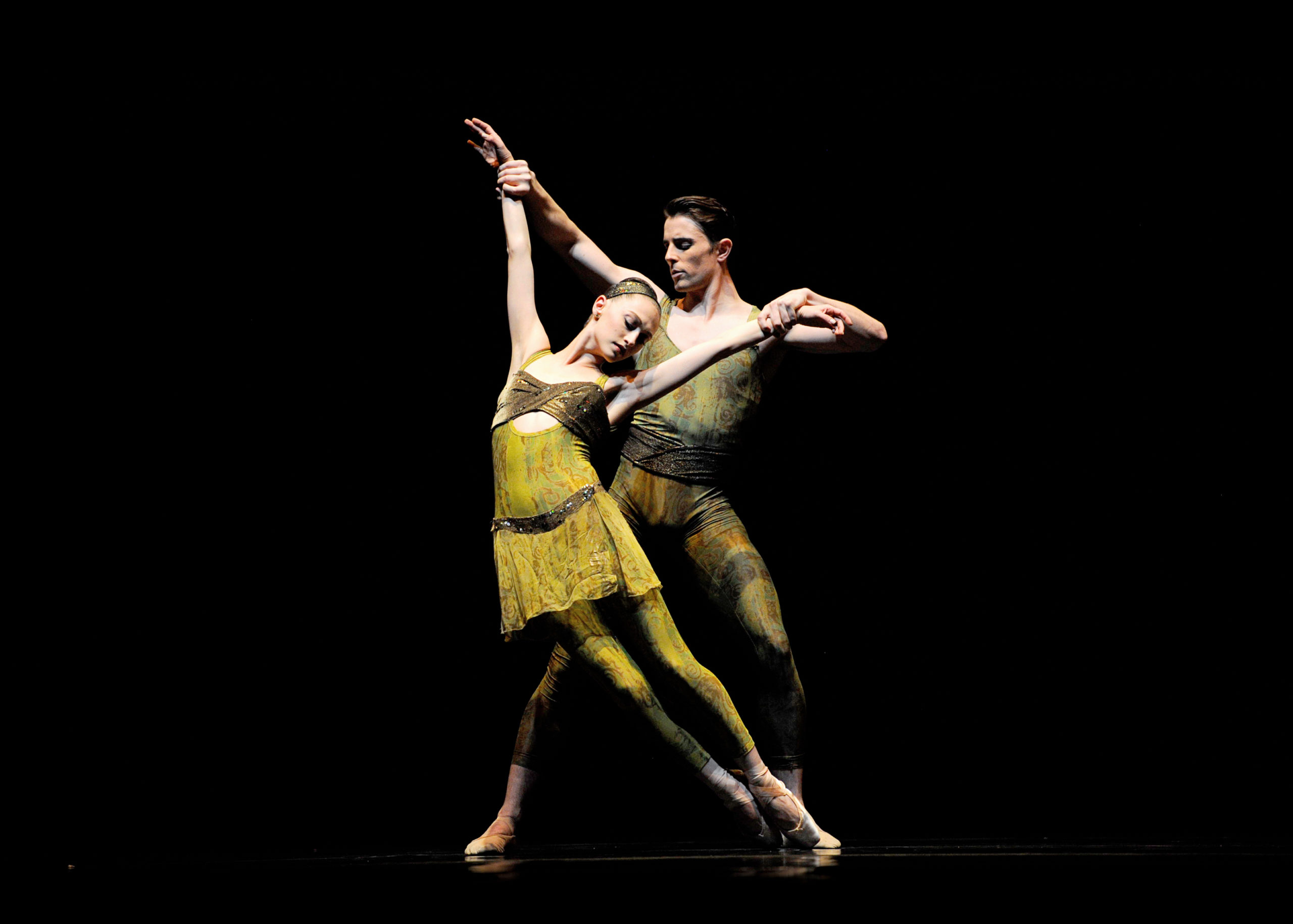 Sarah Van Patten is a rarity among ballet dancers. Not only has she enjoyed a career of more than 20 years, she has spent most of it with one company—San Francisco Ballet—and has become a beloved artist in the Bay Area. Van Patten’s retirement performance on April 16 is sure to be as tearful as it is joyful.

The Boston native’s career began at the Royal Danish Ballet, which hired her as an apprentice at just 15. When John Neumeier arrived in Copenhagen later that season to stage his Romeo and Juliet, he chose Van Patten for the title role. Her performance as Juliet caught the eye of SFB artistic director Helgi Tomasson, who gave her a soloist contract two years later. An SFB principal dancer since 2007, Van Patten has amassed a repertoire that includes Odette/Odile, Giselle and Cinderella, Balanchine works from Allegro Brillante to Theme and Variations, Tatiana in John Cranko’s Onegin, works by William Forsythe, Frederick Ashton, Jerome Robbins and Antony Tudor, and numerous original roles. And while on lockdown during the COVID-19 pandemic, she created Tahoe Dance Camp, a nonprofit that brings world-class artists together to create and perform in North Lake Tahoe, where she lives with her husband and their two young sons.

On Zoom from her dressing room at the War Memorial Opera House, Van Patten spoke about her career, her future and her advice for the new generation of ballet dancers.

How does it feel to retire after 20 seasons?

I am definitely very excited, but of course there are bittersweet feelings. It’s the right time. I’ve known for a really long time that I wanted to retire this year.

What do you envision for life after SFB?

At first, I really wanted to have a bunch of things lined up. But the closer I get, the more I realize that I actually want to take a break, give myself some time to see what feels like a right balance. I want to be home a lot more with my kids.

It turned out to be a big season for you.

I feel like I’m going out with a bang! I’ve gotten to dance some signature roles, like Jerome Robbins’ In the Night. I’ve also gotten to premiere in La Sylphide. So it’s been a really wonderful mix of opportunities and things that I can say goodbye to.

You’ve created several roles and worked with an array of choreographers. What has that been like, as an artist?

As you come to the end, you think about the journey, and there are those choreographers that have been big influences for San Francisco Ballet and, of course, for me, starting with Romeo and Juliet and working with John Neumeier. Then he reentered my career when he came to SFB and did The Little Mermaid, which was this huge undertaking, because I did both leading roles. So John has been a key player for me. I worked a lot with Yuri Possokhov, who was still dancing when I joined the company, Christopher Wheeldon and Alexei Ratmansky, Mark Morris. In more recent years I’ve gotten to work with Justin Peck. I love working with him—his musicality and his choreographic style are super-unique. I developed Snowblind with Cathy Marston, and then Mrs. Robinson; she’s been a great choreographic influence.

This feels like a crazy question, but can you narrow your rep to a handful of favorite roles?

It’s a great question! There are certain roles that were pivotal, like when I did my first Odette. And The Little Mermaid [in 2010]—I was both the mermaid and the princess. That year we only had two casts, so I was back and forth; it stretched me in a very deep, emotional, physical way. And in recent years, I think of Within the Golden Hour, by Christopher Wheeldon, and Hurry Up, We’re Dreaming, with Justin Peck—the duet in that is something I’d highlight. And with Cathy, building both of those narrative works.

Do you have plans for Tahoe Dance Camp?

I will be completely honest. When I started the Tahoe Dance Camp, it was because I saw a need, I really wanted to get back onstage, and I wanted to hold this gala event and get dancers dancing. I literally started it from scratch—I directed, produced, casted, built costumes, did the marketing, website, everything. So I really understand what it takes to do something like that. Granted, I wouldn’t have to start it from scratch again, but, at this moment in my life, I really want to be present with my kids. I know how much time and effort it takes to do even just two performances over a weekend. Until you do something, it all sounds wonderful, and then you really do it and you’re like, “That took a lot.”

Then perhaps a fitting final question would be: As you’ve seen the ballet world evolve and you see changes on the horizon, do you have any advice for dancers coming up?

I appreciate that. We all can see there’s a lot of change happening. There’s a lot of directors moving on, a lot of new people coming into these positions that have been held for many, many years. It’s exciting, and change needs to happen. Thinking about whether I’ll continue Tahoe Dance Camp, I want to let a lot of this settle in and see where I might fit in. But in terms of my advice for future generations—I’ve always taken every opportunity, whether or not I felt prepared enough or ready enough. I haven’t taken it for granted. My career could have lasted five years, it could have lasted just the couple of years in Copenhagen. You never know—that’s the thing. What I know, just because I’ve been around for a long time, is how precious it is to have the show you have tonight. Never lose sight of that. That’s what I’ve always tried to think about.