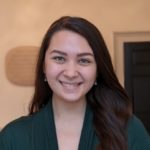 As the 2021–22 season comes to a close, companies around the globe have announced a slew of artist promotions, new arrivals, departures and more. Keep current with the latest updates in this round-up.

After six years as artistic director, Aurélie Dupont will depart the Paris Opéra Ballet effective July 31, 2022. Dupont, a former POB étoile who trained at the company’s official school, has been involved with the organization for nearly 40 years. She plans to focus on personal projects and her family following her tenure.

POB also bid farewell to étoile Stéphane Bullion, who retired after 25 years with the company. Bullion, who trained at the POB School, gave his farewell performance on June 4, dancing in Mats Ek’s Another Place.

Stella Abrera has been appointed acting artistic director of American Ballet Theatre’s Jacqueline Kennedy Onassis School for the 2022–23 academic year. She succeeds Cynthia Harvey, who led the JKO School for six years. Abrera, who retired as a principal dancer from ABT following a 24-year career there, has served as artistic director of Kaatsbaan Cultural Park in Upstate New York since 2020.

San Francisco Ballet has announced that Washington Ballet principal Katherine Barkman will be joining the company as a soloist as of July 1. Barkman was previously a principal at Ballet Manila for three years before dancing with TWB for four seasons.

After 17 years with Scottish Ballet, principal Christopher Harrison retired at the end of the season. Harrison had trained and performed throughout Europe before returning to his native country in 2005, eventually becoming the company’s first Scottish male principal in 2013.

Following her final performances in The Crucible, fellow principal Sophie Martin also departed Scottish Ballet, to be closer to family. The French dancer joined the company in 2003 and was promoted to principal in 2008.

Soloist Nicholas Shoesmith, first artist Constant Vigier and artist Matthew Broadbent also took their final bows. Shoesmith, who joined the company in 2012, will continue as an associate choreographer. Vigier will focus on his freelance career as a choreographer and filmmaker after nine years as a first artist. Broadbent takes on a new role at Scottish Ballet as an artistic administrator after 12 years there.

English National Ballet has announced several roster updates for next season. In addition to the previously announced departures of lead principals Joseph Caley, Jeffrey Cirio and Isaac Hernández, other departing members include junior soloist Anjuli Hudson, who retired mid-season after 15 years at ENB, and artist Pedro Lapetra, who gave his final performance in June after 19 years with the company.

The National Ballet of Canada’s artistic director, Hope Muir, promoted Genevieve Penn Nabity from second soloist to principal onstage after the company’s final performance of Swan Lake. In a statement, Muir said in a press release, “Genevieve gave one of the most assured debuts in the lead role of Odette/Odile I have ever seen.” That same evening, Muir announced the promotions of Christopher Gerty to first soloist and Selene Guerrero-Trujillo and Tirion Law to second soloist.

Principal dancer Evan McKie, who joined NBoC in 2014 after dancing as a principal with Stuttgart Ballet, has announced that he is leaving the company. He plans to continue dancing and pursue further development. “This ‘Act III’ phase of a dancer career is what I have admired seeing most in my dance idols,” McKie said in a press release. Corps members Antonella Martinelli and Meghan Pugh also announced their retirements.

Dutch National Ballet principals Jozef Varga and Remi Wörtmeyer gave their final performances during the company’s Hans van Manen Festivalon June 17 and 19, respectively. Varga joined the company as a principal in 2007 and will remain as a ballet master following his retirement. Wörtmeyer joined in 2010 as a grand sujet and was eventually appointed principal in 2013. He will pursue further artistic projects as an independent choreographer.

After eight years with Oregon Ballet Theatre, artist Colby Parsons has announced his retirement. His final performance was in Michelle Manzanales’ The Americans: Take Two on June 11.

Longtime Washington Ballet artists Sona Kharatian and Tamás Krizsa gave their final performances in Moonlight, a duet choreographed by Krizsa for NEXTsteps, the company’s annual end-of-season show. The pair, who have danced with TWB for 20 and 15 seasons respectively, will continue on as part of the artistic staff.

Carolina Ballet has announced that six dancers from the apprentice program have been promoted into the main company: Emily Fretz, Zoe Harrel, Ella Volpe, Jilian Kossak, Alexa Testa and Robert Champ join the corps de ballet for the 2022–23 season.